previousGlenholme Primary School ‘Whānau Whare’ a success
You are here: Home / Landcare Okareka to remove bamboo before it spreads

Landcare Okareka to remove bamboo before it spreads 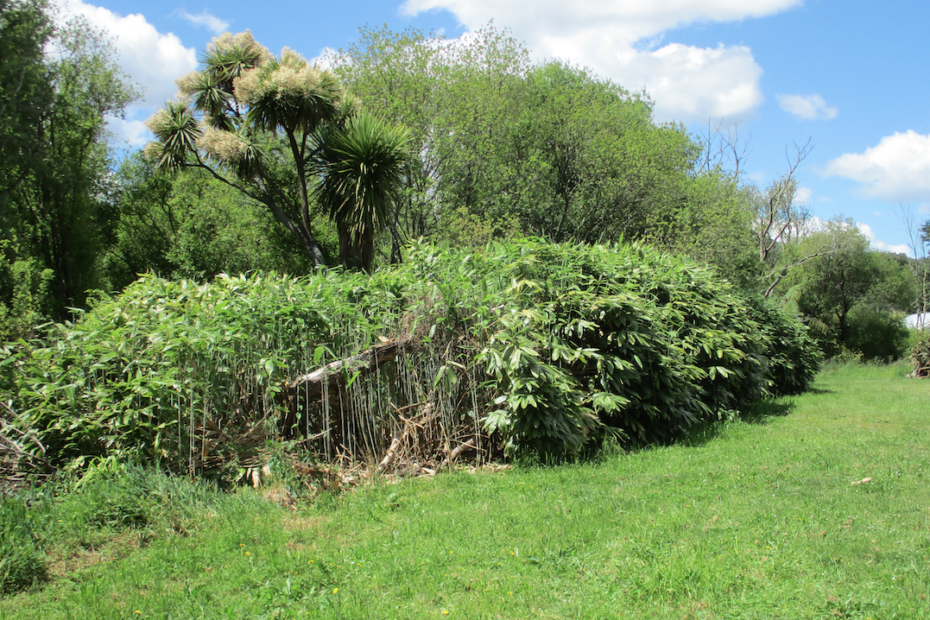 Tipu Waiariki Charitable Trust has received a grant of $9000 from Rotorua Trust as an umbrella funder for Landcare Okareka, to remove bamboo from two large areas adjacent to the Boyes Beach wetland area where it is spreading.

The project is aligned with local iwi Tūhourangi who are mana whenua for the reserve.

Landcare Okareka Secretary Sandra Goodwin says a group of volunteers will get the first bit of work done, beginning with an area of 53 metres by 10 metres.

“The bamboo is at least two metres tall and the plan is to cut it off with a heavy brush cutter and a stainless steel blade, and then stack them, ready for a contractor to use a heavy duty machine to cut them into small pieces.”

Goodwin says volunteers will remove the stems first so the bamboo roots are exposed and it becomes clear what will be required to dig them out.

“Once they have been removed from the site, topsoil can be brought back in and we can replant the area in suitable native plants.”

Along with Rotorua Trust, Lake Okareka Community Association has agreed to contribute $9000, and Bay of Plenty Regional Council has approved $7000 for the project.

Goodwin says the funding has been a vital component to being able to stop the spread of bamboo in the area.

“Without funding from all three parties we wouldn’t be able to tackle it and restoring mana to the wetland is so important.”

Rotorua Trust Chairman Stewart Edward says Landcare Okareka volunteers have been working on wetland restoration at Lake Okareka for some time and the Boyes beach wetland area is recognised as an area of special significance under the Bay of Plenty Regional Council.

Landcare Okareka formed in May 2003 and the initial focus was on the Lake Okareka Walkway, getting rid of weeds and revegetation.

The volunteer team of about 40 people now does work within reserves around the lake including weed control, animal pest trapping, re-vegetation and monitoring of long tailed bats, existing plants, fish, and birds.

You are here: Home / Landcare Okareka to remove bamboo before it spreads