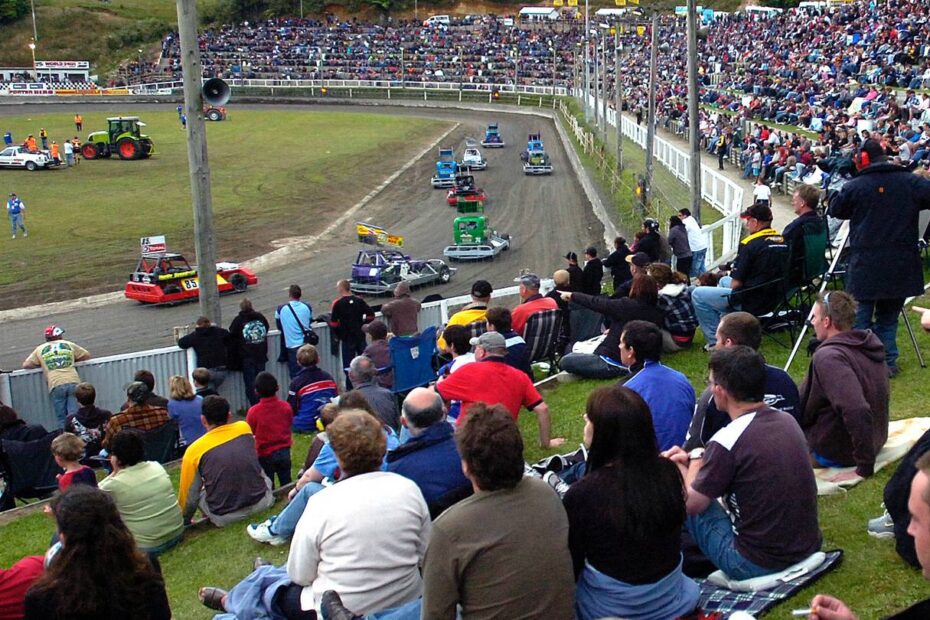 A charity speedway event being organised by Tiger Woods’ former caddy and the Rotorua Stockcar Club is coming to life with the help of a $10,000 grant from Rotorua Trust.

The Vavoline Superstock Charity Invitational, being run by the Steve Williams Foundation and the Rotorua Stockcar Club, hopes to raise more than $250,000 for Starship Hospital and Ronald McDonald House.

This is the last year the Steve Williams Foundation will be active in the community, so Steve and his wife Kirsty want to make a major contribution to the charities they have been heavily involved with.

The couple is putting their endeavours with the Foundation on hold while they support their 16-year-old son Jett, who recently represented New Zealand in scootering in Spain and is heavily involved in rowing.

The Foundation has already raised more than $100,000 for the charity invitational, and it is hoped a further $150,000 will be raised from the event itself.

The Rotorua Stockcar Club applied for the $10,000 Rotorua Trust grant to help fund the popular fireworks display, which will run for at least 10 minutes and include extra fireworks.

Rotorua Stockcar Club promoter Sonja Hickey says this is the first time the club has been in a financial position to run a charity event.

“It is all coming together nicely and we are thrilled Rotorua Trust has come on board; it has given us such a boost.

“Starship Hospital and Ronald McDonald House are two amazing causes so we are extremely happy to be a part of this event.”

Ms Hickey says previous events of this scale have attracted crowds of up to 8000 people and, through livestreaming, reached global audiences.

“A lot of work is going into making this an amazing event and it’s going to benefit the whole community,” she says.

Rotorua Trust Chairman Stewart Edward says both charities are worthy recipients and it is heartening to see other organisations put their weight behind the cause.

“Starship Hospital is currently in desperate need of additional intensive care beds while the Rotorua Ronald McDonald holiday homes will receive at least $10,000 from the event for repairs and maintenance.

“Commercial sponsors have individually donated, while drivers have been given the option of donating part of their prize money, with some donating as much as 50 per cent.

“This generosity from the community further highlights how much these causes mean to locals,” Mr Edward says.

The event, set down for 27 and 28 December, will only be run at COVID Alert Level 1.