previousSustainability options
You are here: Home / Wingspan to scale up and provide new job opportunities

Wingspan to scale up and provide new job opportunities 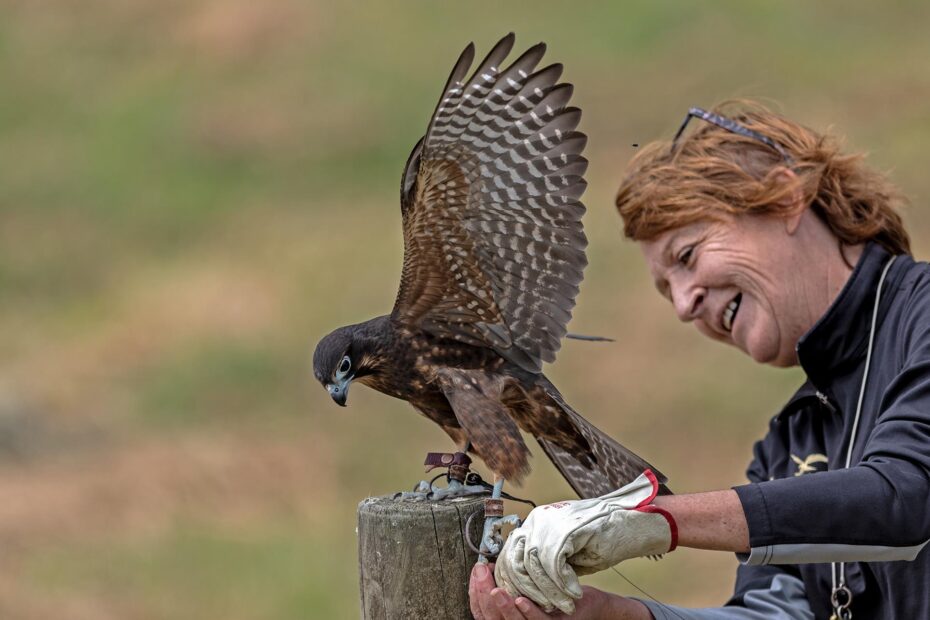 Plans for a new multi-use Wingspan National Centre for Birds of Prey have been given a $100,000 boost by Rotorua Trust.

To be constructed on a leasehold property owned by Ngāti Whakaue Tribal Lands at the base of Mount Ngongotaha, the Centre will be used for education, research and rehabilitation purposes.

The Centre will also serve as a breeding facility where people can visit and see Kārearea (New Zealand falcons) up close during flying displays, learn about other native species and their cultural significance, and contribute to the organisation’s conservation kaupapa.

After nearly 30 years of operation, the new venue will ensure Wingspan can grow and maintain its profile in the community, while also becoming a bigger hub for cultural, conservation, and educational activities.

Wingspan Executive Director Debbie Stewart says the project is about futureproofing the organisation.

“It will be the first of its kind in New Zealand and is holistic in the way it will enable future research and programmes to educate the public about birds of prey.”

She says the project will also have significant economic benefits for Rotorua and will contribute to the region’s employment.

“Growing our capacity and reach will not only help to increase the number of visitors coming into Rotorua but also allow Wingspan to release more birds into the wild.

“We plan to host community events and will be able to offer opportunities for others to become involved in conservation as well.”

Stewart says the project will create at least 15 new full-time jobs, ranging from tourism and education to administration roles.

The project is estimated to cost just over $2.5 million, and Wingspan is actively seeking support from a range of potential funders including local and regional councils, local trusts, sponsors, donations and the Lotteries Environment and Heritage Fund.

Fundraiser Tom Lynch says Rotorua Trust’s commitment to the project, along with other local funders, is key to unlocking support from the likes of Lotteries.

The Lotteries decision will be made in November and, all going to plan, the project will start early next year.

Rotorua Trust Chairman Stewart Edward says the Centre will be transformational for the city.

“Wingspan is a well-supported longstanding conservation charity with an outstanding reputation.

“We believe the Trust’s funding, which reinforces its expanding environmental focus, will help to ensure their worthwhile efforts will continue on an even larger scale for the benefit of our native wildlife.”

You are here: Home / Wingspan to scale up and provide new job opportunities