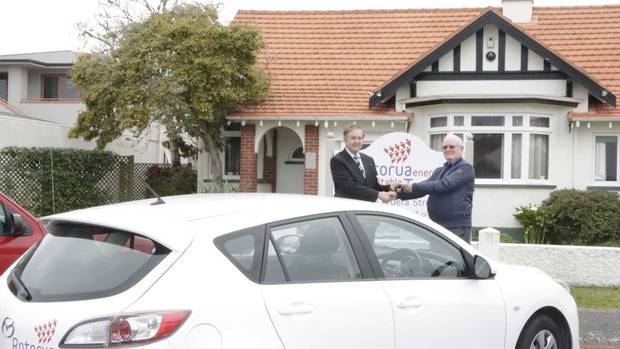 Rotorua’s Neighbourhood Support got more than they bargained for when the Rotorua Trust gifted them the car they had been desperately seeking.

Co-ordinator Bruce Quedley said the group initially applied for $8000 from the Trust to go towards the cost of a new vehicle to allow the organisation to carry out the important work it does.

“Initially, they said they would match, dollar for dollar, what we managed to raise. We raised $8000 but instead they came back with an even better offer, their car.”

Quedley said that meant that the $8000 raised could now be used for all the ongoing costs the group faced.

As a charity, Neighbourhood Support relied on funding, such as that from the trust, to make a difference in the Rotorua community, he said.

With almost 600 Neighbourhood Support groups within the Rotorua District, 9400 households benefit from the group.

Quedley said he went to briefings with Rotorua Police each day, getting vital information on where crimes such as burglaries or car thefts had happened over night. From there, he let local groups know who in turn alert their communities.

Chairman Stewart Edward said the trust’s car needed replacing, and then Neighbourhood Support requested funding for a car, so the timing was perfect.

Edward said Neighbourhood Support was just one of a range of organisations the trust had a long-standing relationship with.

You can read the full Rotorua Daily Post article here.